In Collaboration with ZACH Theatre

This enchanting Tony®-nominated musical fairytale will put a spell on audiences of all ages. In partnership with the Zach Scott Theatre and performed simultaneously in English and American Sign Language, Rogers + Hammerstein’s Cinderella showcases some of your favorite tunes including “In My Own Little Corner,” “Impossible” and “Ten Minutes Ago,” in this funny, modern adaptation from the delightful Broadway revival. Add a dash of romance, a splash of stage magic–and POOF!–you’re guaranteed to have a ball! 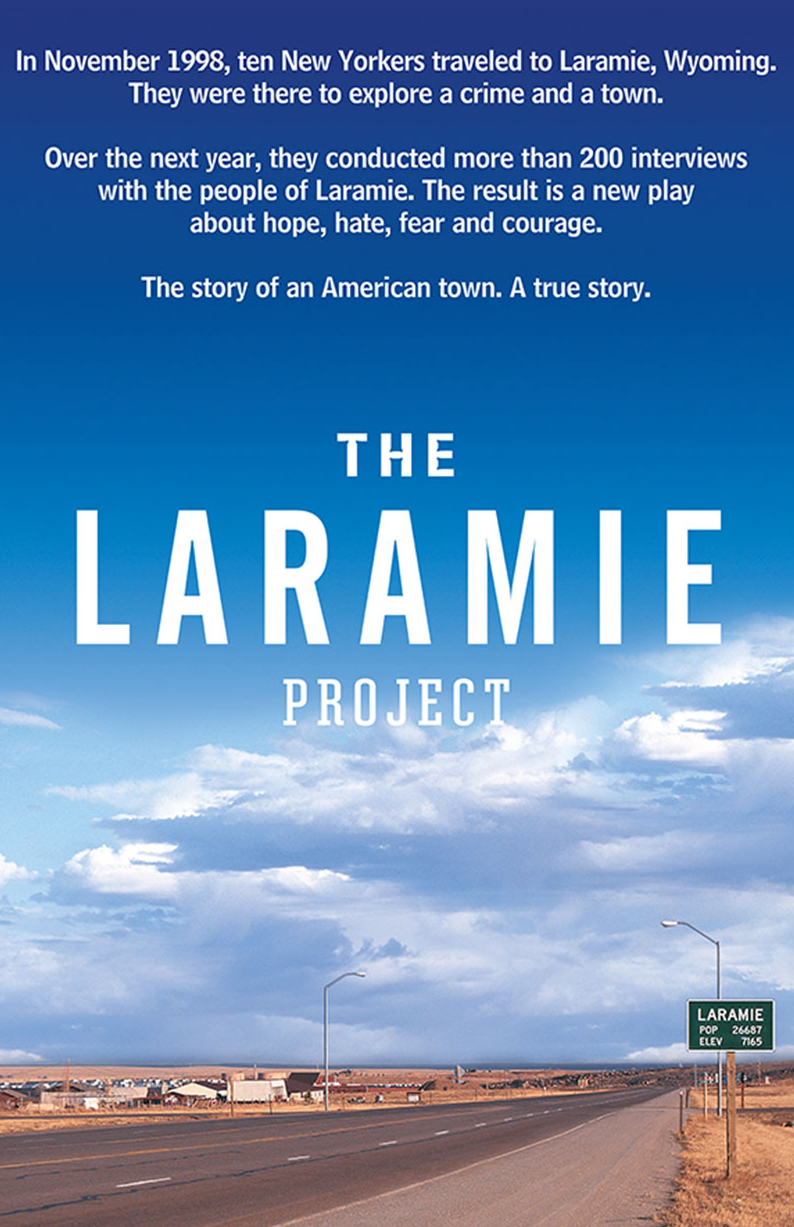 and the members of the Tectonic Theatre Company

In 1998, Matthew Shepard, a twenty-one-year-old gay student registered at the University of Wyoming, was tied to a cattle fence, beaten about the head, robbed, and left to die on a bitterly cold night in October. Eighteen hours later, he was accidentally discovered by a biker, who had trouble believing that the figure he saw attached to the fence was human. Police and ambulances were dispatched, and Shepard was taken to a local hospital; all to no avail. Shepard was beyond recovery. He never regained consciousness and died several days later due to his head injuries. Two local young men were charged with the crime.

The play is based on more than 400 interviews with about 100 Laramie residents, as well as journal entries from the members of Tectonic Theater Project and Kaufman, as they reflect on their own reactions to the crime and to the interviews they carried out. Structured as a documentary, it attempts to reenact the events that occurred on that fateful night.

In the Fall of 2023, Deaf Austin Theatre will be partnering with Hypernovas Productions to produce the first professional ASL production of this powerful, award winning play. The project will include a live stage production during the fall of 2022 here in Austin. Our stage production will be filmed and lived streamed through Broadway On Demand on October 12, 2023, in honor of the death of Matthew Shepard.

As a non-profit organization, Deaf Austin Theatre’s purpose is to enrich, inspire, educate, create and entertain the Austin community by using American Sign Language (ASL) within all of our theatrical productions that range from classics to new works. We strive to impact our community, our audience members, and to create an accessible stage for all future artists.

DAT’s main goal is to provide theatre experiences in ASL that you remember forever.

DAT offers structured summer acting camps available for all ages. These can be evening/weekend camps from fall through spring, and weeklong camps in the summer.

DAT is open to partnerships with anyone interested in working with Deaf and Hard of Hearing people. Contact us and let’s discuss.